To gain the most power from the installed wind turbines offshore and onshore, they must operate at their absolute best. That's why the Sensor Assisted Wind farm Optimisation (SAWOP) project was initiated. Koen Hermans (TNO) and Jan Coelingh (Vattenfall) explain how SAWOP will help prove that nacelle LiDAR and spinner sensor technologies can optimise the power performance of wind turbines. 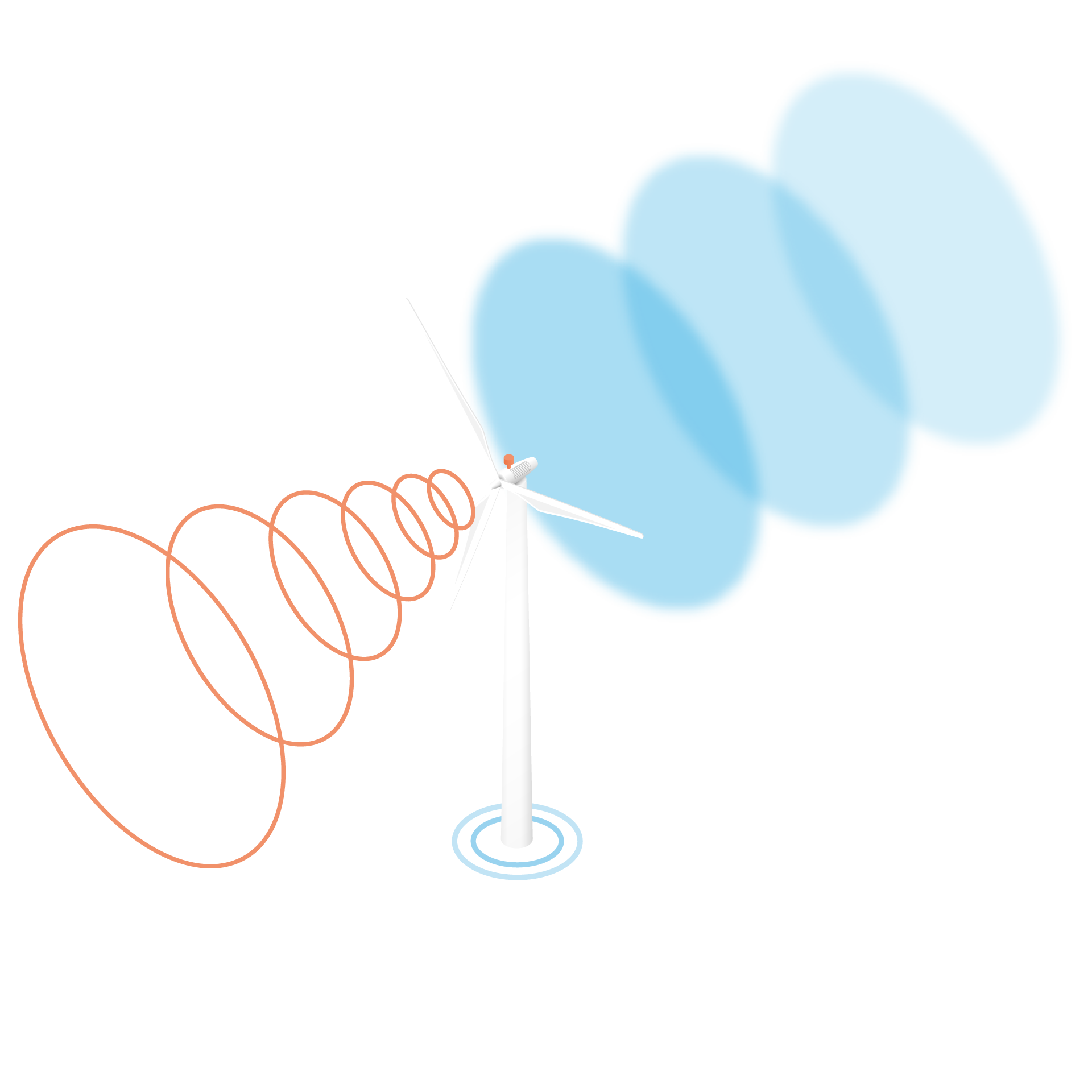 We are standing next to the 82 wind turbines of the onshore Prinses Ariane wind farm in the Wieringermeer in the Netherlands, with a total capacity of just over 300 MW. Vattenfall developed and operates the farm and currently owns 50 of the turbines. At a wind force of 6 Beaufort, the turbines reach their maximum capacity of 3.7MW. At the same time, the 21 Vattenfall turbines of the Klim Fjordeholme wind farm in Denmark (67.2 MW), located close to the sea, hosts a Dutch research project that should provide insight into the optimisation of wind farms.

If you buy a car, you want to be know for sure that it performs as promised. The same principle goes for wind turbines. “The wind turbine manufacturer gives us specifications with a warranty on the performance of the turbines, and we want to have an independent and accurate measure to check if it fulfils the warranted claim,”

Jan Coelingh, lead engineer wind resource at Vattenfall, explains. “New measuring techniques can help us to acquire such data and help us to catch any underperformance, for example as caused by a misalignment of the wind turbines to the wind. Wind turbines use anemometers located on top of the nacelle to give input to the controller. But these are located behind the rotor blades, and actually, measure the wind speed of a ‘disturbed’ wind flow. We want to know the wind speed as it reaches the rotor blades, not behind the blades.”

Have a look at Jan Coelingh's profile on LinkedIn

Koen Hermans, offshore wind energy researcher at TNO, tells us more about what the project entails. “To achieve such accurate measurements, several novel sensor techniques are used. One such technique is the nacelle LiDAR system. A LiDAR is a device that can measure the wind speed and direction from a distance by aiming a laser beam to a desired position in the sky and determine the velocity of particles in the air through the doppler shift of the reflected light. If you place the LiDAR on top of the nacelle of a wind turbine, and aim in the upwind direction, you can measure wind speed, direction, and turbulence, at different distances in front of the rotor. This information helps to predict the characteristics of the wind field that will hit the rotor blades.”

Have a look at Koen Hermans' profile on LinkedIn

Another technology in the research is the spinner anemometer. “Three sonic anemometers are installed at the nose cone (spinner) of each wind turbine, to measure the wind speed.” These measurements are used to derive the characteristics of the so-called ‘free wind’, the wind that would be measured in the absence of the wind turbine.

Combining the measurements of both techniques, the wind speed and wind direction can be reconstructed and be compared with each other, with data from a ground-based profiling LiDAR, and with the electrical output of the turbine.

In the Klim Fjordeholme wind farm in Denmark, a unique set of instruments has been installed. As Koen explains: “We have two nacelle-mounted LiDARs, which look in front of the rotor, from two different manufacturers, because we are also interested to compare their performance. The wake conditions are mapped using a scanning LiDAR located 1,5 km away. And finally, we also installed one ground-based profiling LiDAR.” This is necessary because there’s no met mast in this wind farm. Thus, the ground-based profiling LiDAR acts as a reference.

The Prinses Ariane wind farm also has a LiDAR located on the clayish polder ground. Jan walks us through it: “The idea behind the LiDAR here in the field is that you can see it positioned just between two turbines, allowing us to measure the wind speed according to the latest industry standards. Until recently power curve verification was done with a standard met mast (we have a few elsewhere in this wind farm). Due to high costs, especially offshore, alternative methods with nacelle-mounted LiDAR have been developed and are becoming accepted now.”

The initial step is to discover how the wind turbines currently perform. The first preliminary results of the Danish farm show that at least the rotors are aligned correctly, so there’s no unexpected loss due to misalignment. But monitoring (under)performance is not the main objective of the project. There is more. Koen: “In a next step, we want to demonstrate the added value of these improved wind sensor techniques in not only optimising the performance of one wind turbine but of the farm as a whole.”

Jan adds: “Classically, a wind turbine doesn’t know its surroundings. It is only controlling and optimising itself, without ‘knowing’ what wind speed and direction it can expect and how other wind turbines may influence that. The sensors can raise the ‘awareness’ of a single wind turbine. And in this project, we try to elevate this to the wind farm level and add a level of ‘self-awareness'.”

The project is executed by four parties. TNO acts as the project coordinator. Shell and Vattenfall sponsor and/or host the project as they hope to learn how to further optimise and improve offshore wind energy production. The spinner anemometers are provided by Nabla Wind Hub / ROMO.

The original idea was to perform the tests in an offshore wind farm at the North Sea, but for various reasons, this proved not to be a feasible option. Fortunately, Vattenfall was able to make the Klim Fjordeholme wind farm available to the project. Koen: “It is close to the coast and has a good wind regime. Hence, we believe that the conclusions are valid for both onshore and offshore wind farms.”

Together, new technologies, new methodologies, new reports and conclusions will allow standardisation of improved strategies. This, in turn, will help to ensure that wind turbines work as optimal as possible.

Find out more about the SAWOP project